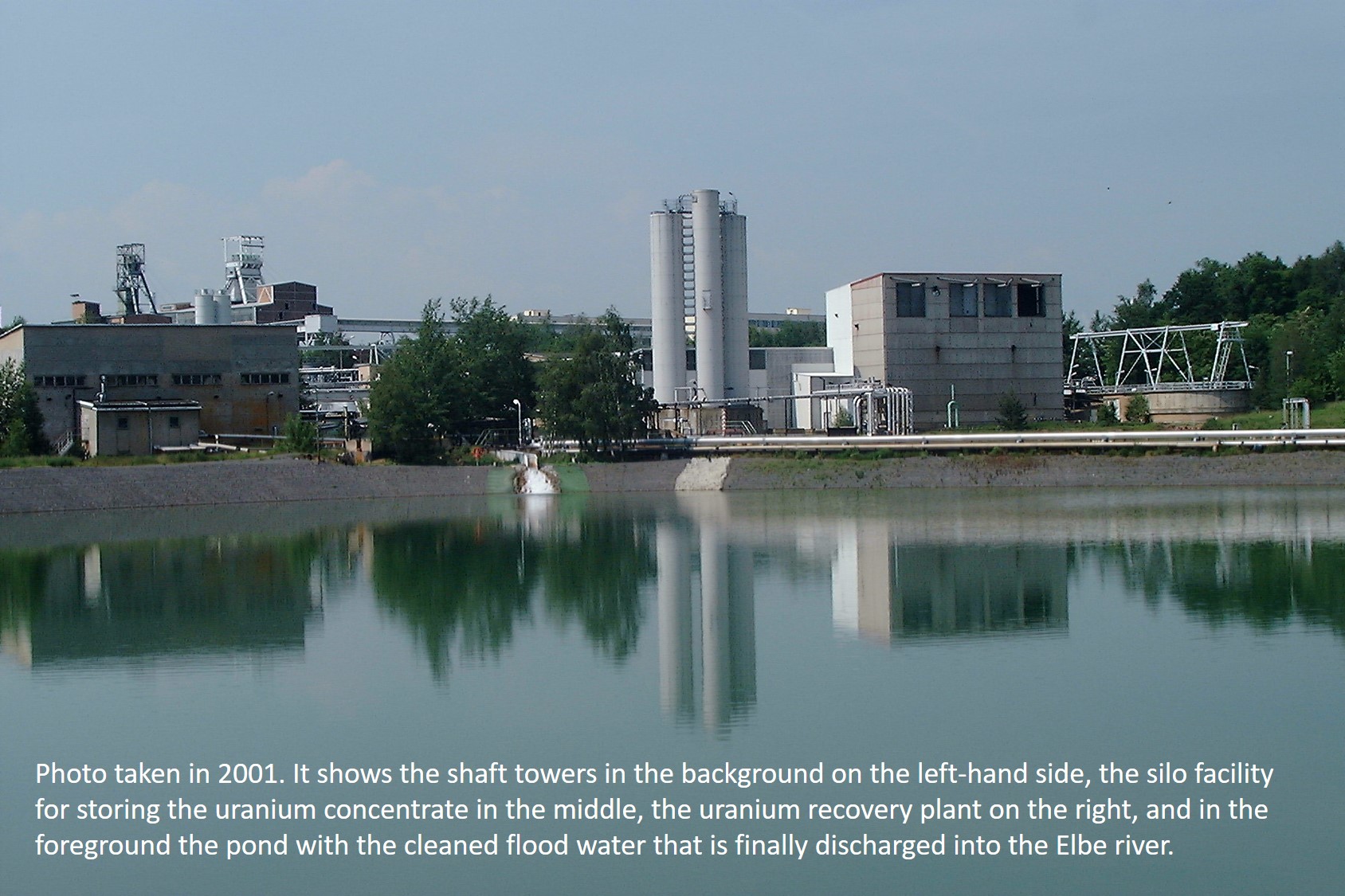 Wismut GmbH has still produced uranium in the framework of the remediation of the former leach mine Koenigstein until last year and sold it as a highly pure product commercially. The last delivery campaign has been performed in May and June 2021. The very last tank container transport with nearly 3 t of uranium within a suspension left the site on the 22nd of June, 2021. How did that happen? Which role has UIT played?

The Wismut mine Koenigstein was a unique one in the world. After finishing the active uranium recovery at the beginning of the 1990’s it became a huge challenge with regard to remediation in general and, in particular, with regard to avoiding hazardous impacts on humans and nature. At this site Wismut recovered uranium by chemical means in deep mineworks. The metal had been leached from mineralized sandstone blocks, separated from the pregnant leach solution and processed to form an intermediate product that had been transported to Wismut’s mill site Seelingstädt in Thuringia to produce “yellow cake” finally.

In the years 1993 and 1994 Wismut contracted both ANSTO (Australian Nuclear Science and Technology Organisation) and UIT together with the US-American NRT (Nuclear Remediation Technologies) to outline a remediation concept for the Koenigstein site. In a second phase UIT with ANSTO as subcontractor had been engaged by Wismut. The concept of controlled mine flooding included the recommendation to remove the contained uranium (occurring at rather high concentrations temporarily) in a plant and to process it to a salable product. In this way it would be possible to avoid disposing a U-bearing residue from the water treatment (required anyway) to the waste dump at the site. In 1995 UIT developed a specific, innovative uranium recovery technology for Wismut and validated it by comprehensive tests. The main processing steps included:

After completing an intricate licensing procedure the original Koenigstein plant has been upgraded to implement the new technology. The new technology for recovering uranium from the flood water proved efficient from the very beginning. It met all conditions in the framework of mine remediation, in particular, in a phase of quite high uranium concentrations due to the course of flooding in 2002.

The flooding turned out to be a tortuous process, thus, requiring the operation of uranium removal until 2020. The decommissioned uranium processing plant will be dismantled in the next few years.

In addition to the uranium recovery during the remediation, UIT developed an innovative, highly efficient technology for the subsequent water treatment to remove several heavy metals and natural radionuclides (so-called HDS-technology, however, modified for a multi-stage neutralization to considerably improve the material characteristics of the residues for an uncritical disposal). UIT performed the complete engineering, procurement, and construction management (EPCM). The construction and plant conversion had to be realized during the ongoing operation of the existing plant.

In 1996 UIT coordinated the agreement between Wismut and the US-American Nuclear Fuels Corporation (NFC) regarding the sale of the uranium concentrate. According to the contract, NFC had been committed to utilize the acquired uranium for peaceful purposes only (i.e. energy generation). On behalf of NFC, UIT acted as coordinator in all matters of the Wismut-NFC sales agreement including organizational activities, supervision of loading the tank containers from the silo combined with representative sampling and quantity determination, coordination of the transport campaigns between the nuclear logistic enterprise (engaged by NFC), the carrier, the Wismut, and the Czech company DIAMO (engaged for refining the highly pure uranium concentrate for nuclear fuel production). In the first years the deliveries were realized to ENUSA (E) and later to Comurhex (F) for refining the concentrate.

In view of the excellent cooperation between all parties involved all uranium deliveries went smoothly. Meanwhile, the very last transport campaign has been finished successfully. Thus, uranium production in Germany has become historical finally.